Alex Escobar’s extensive commercial finance experience coupled with his focused enthusiasm for turning loan transactions around quickly and efficiently has earned him the reputation of being a deal closer among his colleagues in the commercial lending field. Alex is known for his keen sense of what it takes to effectively manage relationships with borrowers and brokers alike, a skill that has lead to many professional accomplishments over the years. His commercial lending expertise makes him a valuable resource for many of his borrowers who depend on him to provide solid lending recommendations that ultimately allows them to take their businesses to the next level. Prior to joining Montgomery Wilshire Capital in 2006, Alex served as a Vice President of loan originations for both banks and non banking commercial lending institutions for the past 26 years. Today, Alex continues to make headway in the Bay Area’s business lending arena. His resourcefulness and service driven philosophy has earned him a superior reputation in business circles as well as among his colleagues. As a graduate from the University of Arizona with a bachelors of Science degree in finance, Alex is a top producer for the San Francisco office of Wilshire Montgomery Capital; having funded loans from $300,000 to $10M for many of the area’s growing small businesses. An accomplished public speaker on topics ranging from SBA small business financing to Financing Strategies for large and small business owners. Alex may be reached by calling 510-303-3653 or at aescobar@montgomerywilshire.com.

Max Rans is the principal broker for Montgomery Wilshire Capital (MWC) and is responsible for management of the Boston office. Responsible for nationwide commercial mortgage activities including loan origination, underwriting, financial analysis, lender relationships, and servicing, Max has been with MWC since 2001. Max has originated over $750,000,000 in mortgages in 15 states since 2001. Prior to MWC, Mr. Rans worked at Sunrise Mortgage and Investment Company and The Alison Company, both in the Los Angeles area. Educated at UCLA (BA – 1984) and UC Berkeley, (MBA – 1988), Max is an active and licensed real estate broker in California (#01178067) and Massachusetts (#9042830). Max Rans can be reached at (617) 331-6588 or at mrans@montgomerywilshire.com.

Michael Stoneman is a loan originator at Montgomery Wilshire Capital (MWC) in the San Francisco office and is responsible for nationwide commercial mortgage activities. These include loan origination, underwriting, financial analysis, and lender relationships. Michael has originated over $800,000,000 in mortgages since he founded MWC in 1998. Prior to MWC, Mr. Stoneman worked at Newmark Realty Capital, E.S. Merriman & Sons (which was purchased by Cohen Financial) and Northland Financial. While at these firms, Mr. Stoneman developed countless lender relationships with the most active lenders in the market.
Educated at UC Davis (BA – 1985) and UC Berkeley, (MBA – 1988), Michael has an active real estate broker’s license in California (#01027204) and appraisal MAI designation (MAI #11200). Michael Stoneman can be reached at (415) 602-5208 or via email at mstoneman@montgomerywilshire.com. 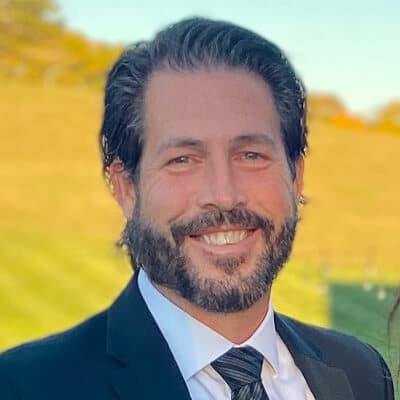 Chris Ballard began his mortgage banking career in 2001 as the owner of Universal Mortgage Group (UMG), a residential loan originator based in Boston. After relocating the main UMG office to South Boston in 2008, Chris began originating commercial mortgages in addition to his nationwide residential expertise. In 2012, Mr. Ballard joined Montgomery Wilshire Capital in it’s Boston office and has since specialized in commercial lending with an emphasis on healthcare properties. Chris has strong relationships with several lenders active in New England including banks, pension funds, and HUD. If you are looking for an experienced loan originator with strong ties to the New England region, Chris can be reached at (617) 905-0500 or via email at cballard@montgomerywilshire.com